I’ve just finished preparing a presentation I’m giving at the 15th European Meeting of Environmental and Engineering Geophysics of the Near Surface Geoscience Division of EAGE (or Near Surface 2009). I’m so used to talking for a micro-century (~50 minutes) in lectures, it is hard to discipline one’s self to a 15 minute slot.

But, before I head of to Dublin, there is just time for the latest instalment of “Wrong Rock“. Last Time I discussed a church that had a new extension being built in a rock type that didn’t match the original. I also noted that the disused quarry that had supplied the original building was less that a kilometre away and it would have been much better from both an aesthetic and ‘stone miles’ point of view if a way could have been found to re-open that quarry to supply the stone for the church. This week I have uncovered what I consider to be an even bigger crime against stone. 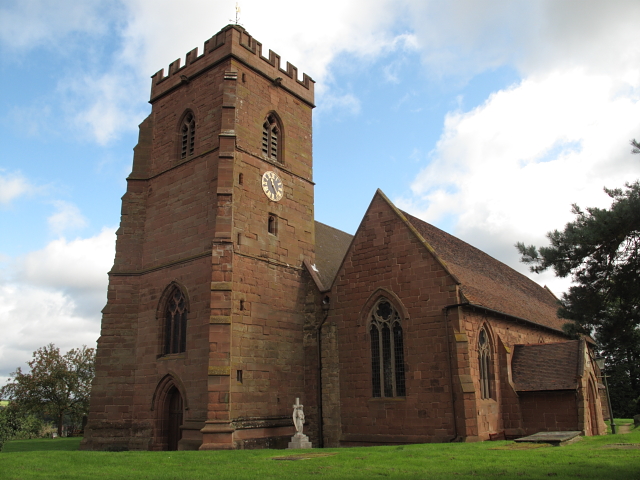 Like most old churches it was originally built from the local rock, in this case the Lower Triassic Kidderminster Formation (in old nomenclature Bunter Pebble Beds) which as the old name suggests is a coarse, pebbly sandstone. Again, the original quarry is close by, less than 500 metres from the church. This time it isn’t the modern extension (which is round the back) that I’m railing against, but the repair work on the original. These repairs have been done with Triassic Hollington Stone (formerly Lower Keuper Sandstone) which I’ve discussed before. It might not look too bad from a distance, but close up it really clashes. 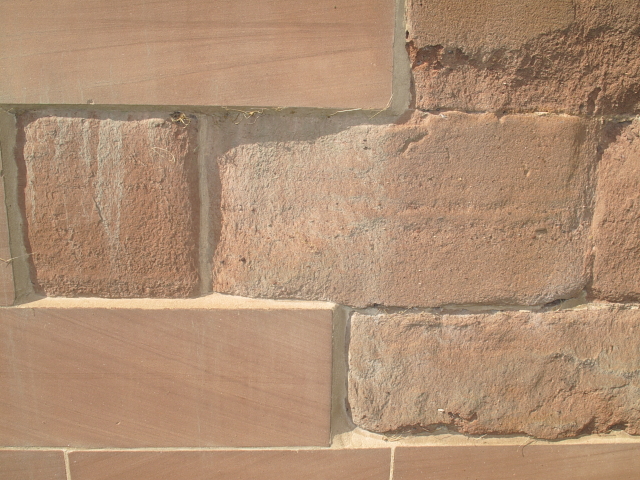 What is worse, is the nature of the repair. Rather than being flush with the existing stones, the steps on the top of the replaced blocks will collect water and cause the old stone block above it to weather even faster. And this is on a Grade One Listed Building, “a building of outstanding architectural or historic interest”. Special permission is required for repairs and particular materials are usually specified (although churches with current worship do have some exemptions). How much better the repairs would have been if the local stone had been specified and the replacement stone fitted flush with the original.

One Reply to “Wrong Rock II”