Tara Mine, near Navan, Co. Meath, Ireland is the largest zinc mine in Europe. It is now owned by the Swedish based Boliden Group and they generously allowed a group of us geophysicists down the mine and around the rock crushing mill following the EAGE’s Near Surface 2009 conference last week. I’ll have a second post on the processing plant later but this post concentrates on the mine visit.

Here is what they are after – the grey mineral on the left is galena (lead ore) the brown one on the right is sphalerite (zinc ore). 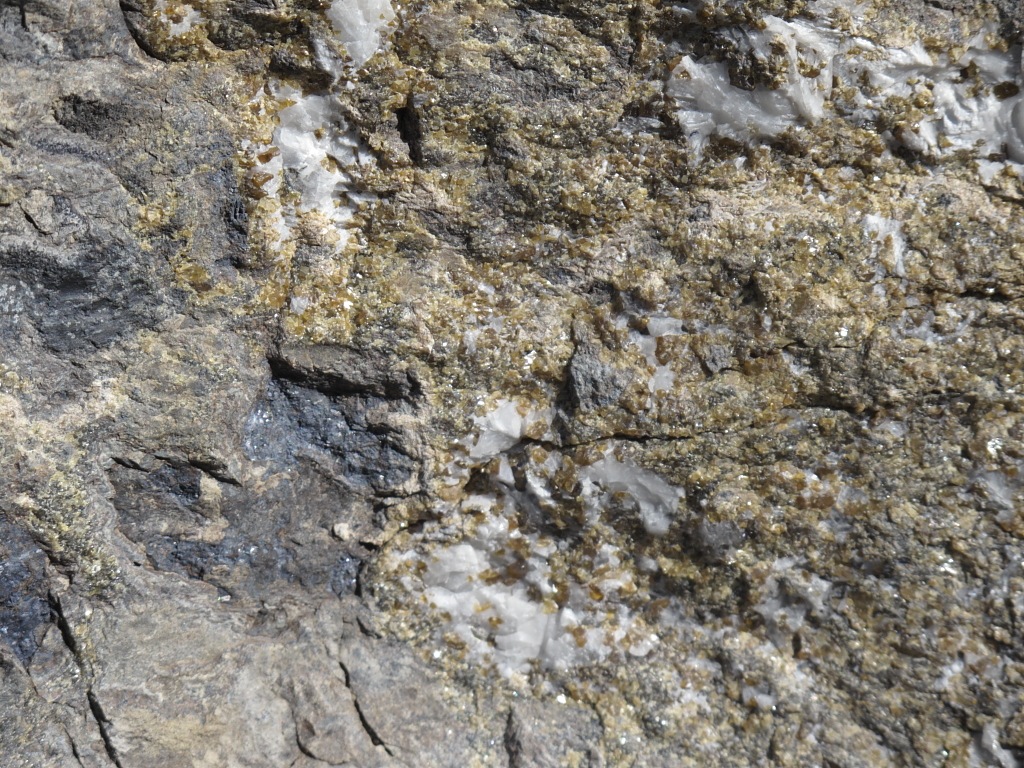 The ore is hosted as a number of lenses in Dinantian (Lower Carboniferous) limestone. The ore formation must have started very early as one of the units is a submarine debris flow unit with already mineralised sulphide clasts. The ore body reaches the surface near the town of Navan and was originally detected by a soil geochemistry survey in the 1960s by Rio-Tinto Zinc. However, RTZ management failed to follow up on their geologists’ recommendation to drill the geochemistry anomaly and they surrendered the exploration licence and walked away from what is now the fifth largest zinc mine in the world.

The exploration licence was taken up in 1969 by the Tara company who did a bit more geochemistry and some geophysics followed up by a test drill hole. With the luck of the Irish, they hit the ore body – but by just 50m from its edge and if their hole had been vertical rather than inclined, they would have missed it. But hitting a 12m zone of 6.4% zinc and 2.5% lead gave their backers the reasons to pay for more drilling and the mine started production in 1977.

The orebody dips moderately near the surface and then flattens out with the deepest part of the workings now 950m below the surface at the southwest end. Two adits from the surface follow the orebody downwards and own visit was by landrover simply driving into the mine.

First it was necessary to kit up in protective clothing. 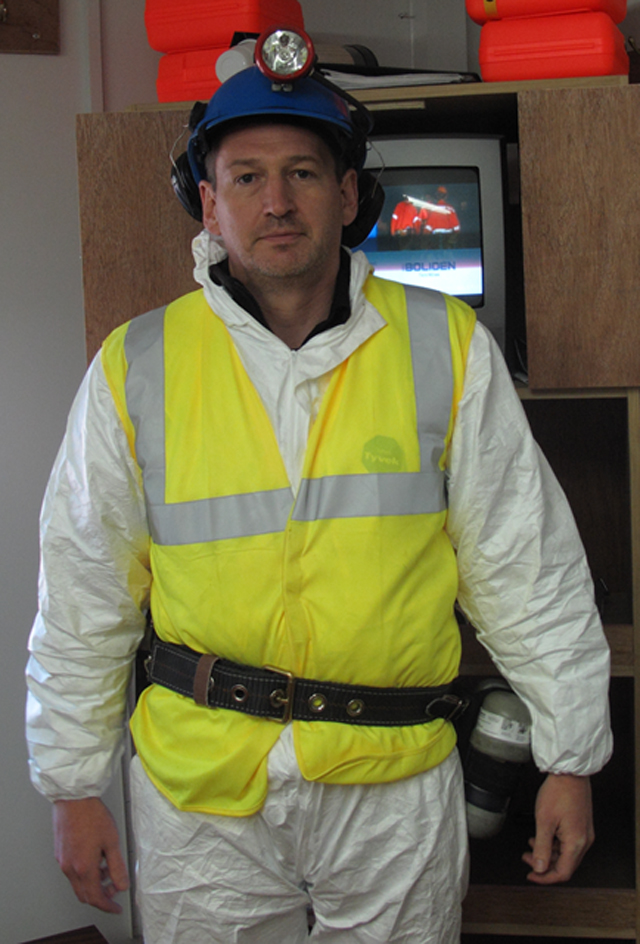 The journey underground took us to one of the drill faces. The lighter coloured rock is one of the ore lenses, the lines indicate the driller to drill the next shot holes, with the shot holes from the previous blasting round circled for the driller to avoid in case there is any unexploded charge remaining. 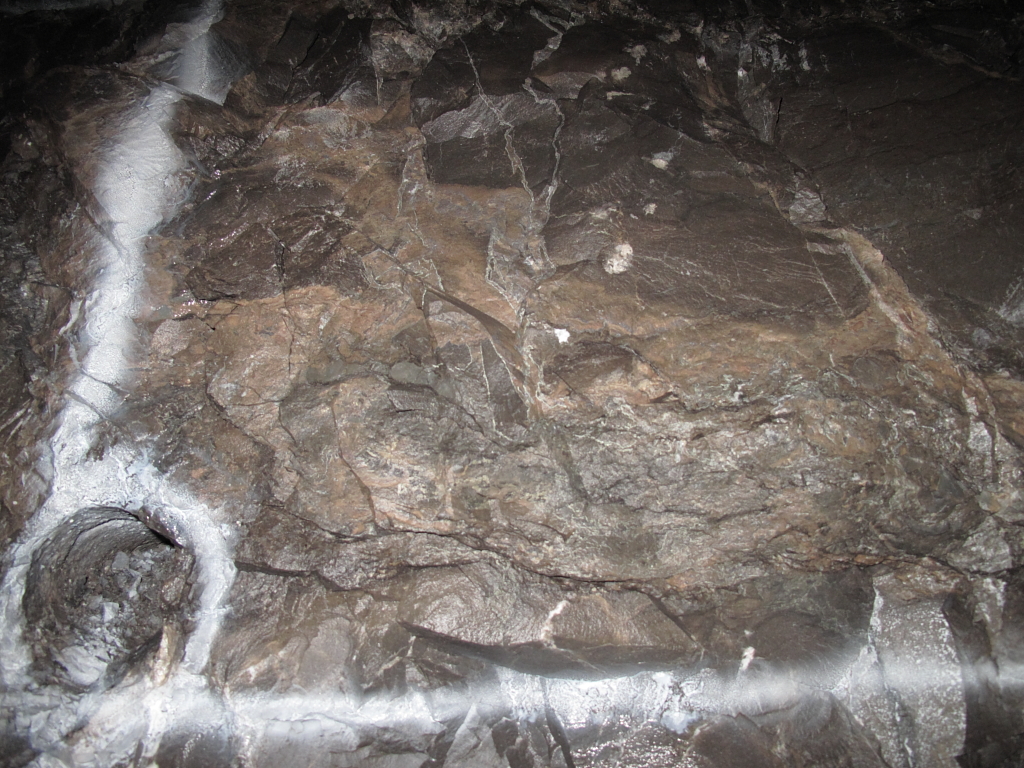 After blasting the loose rock is removed by large excavator which is remote controlled. 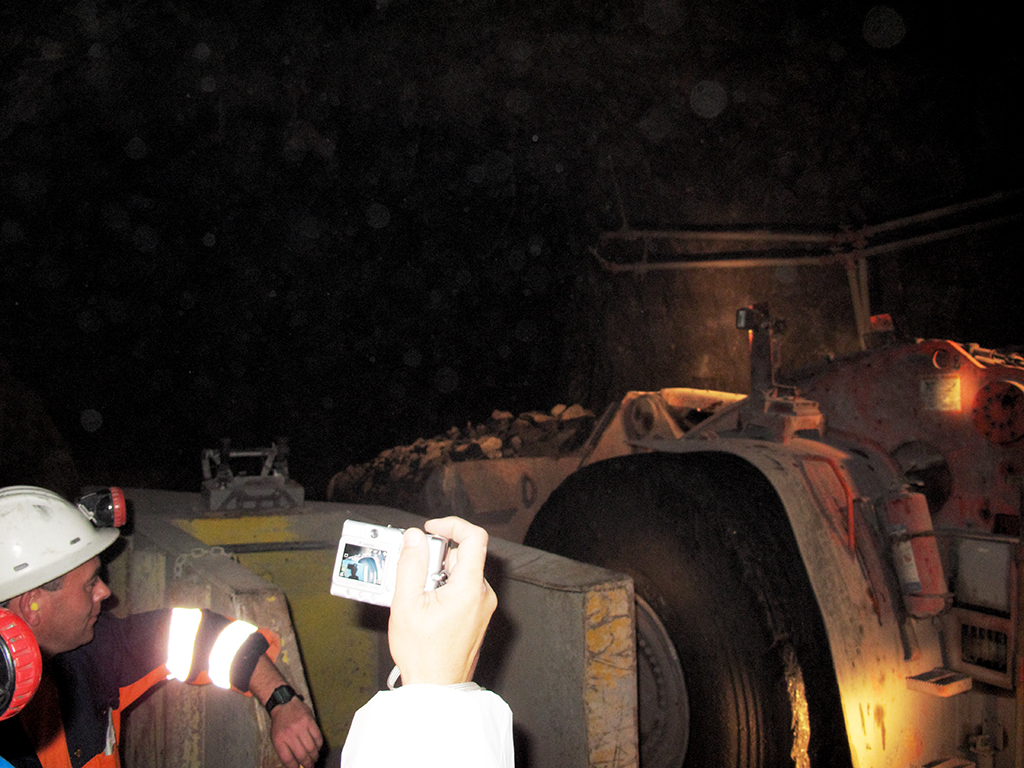 Here we have a diamond drill further in the mine drilling core samples in the roof rock. 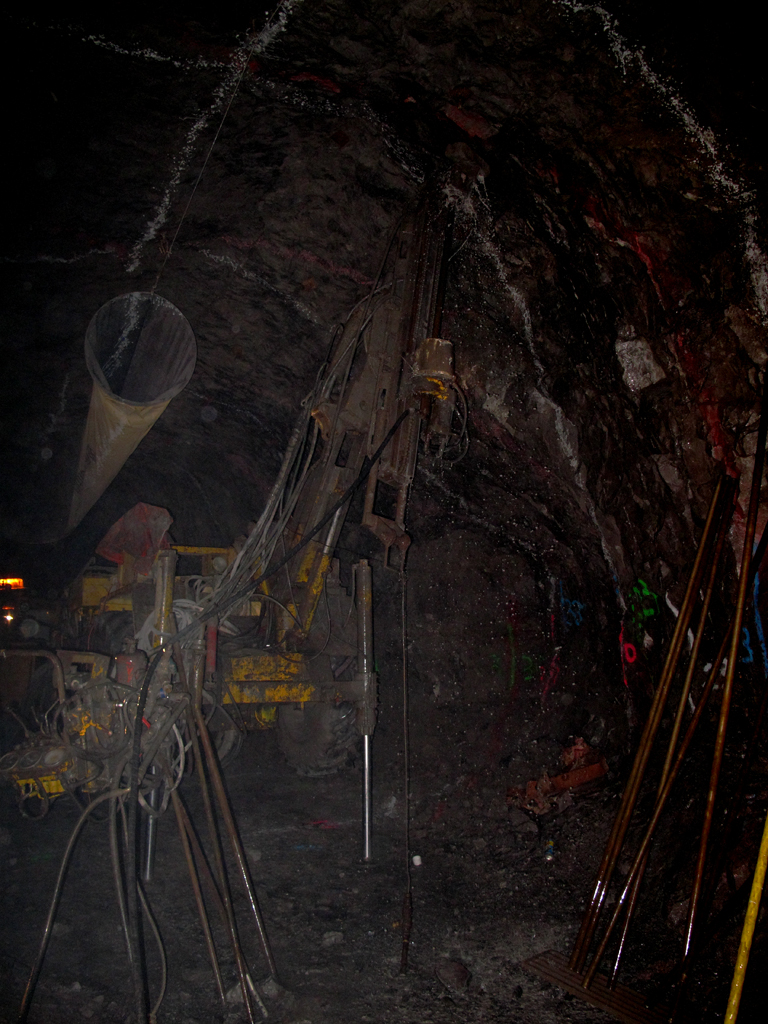 Finally, for now, here is a borehole draining water from an upper level. 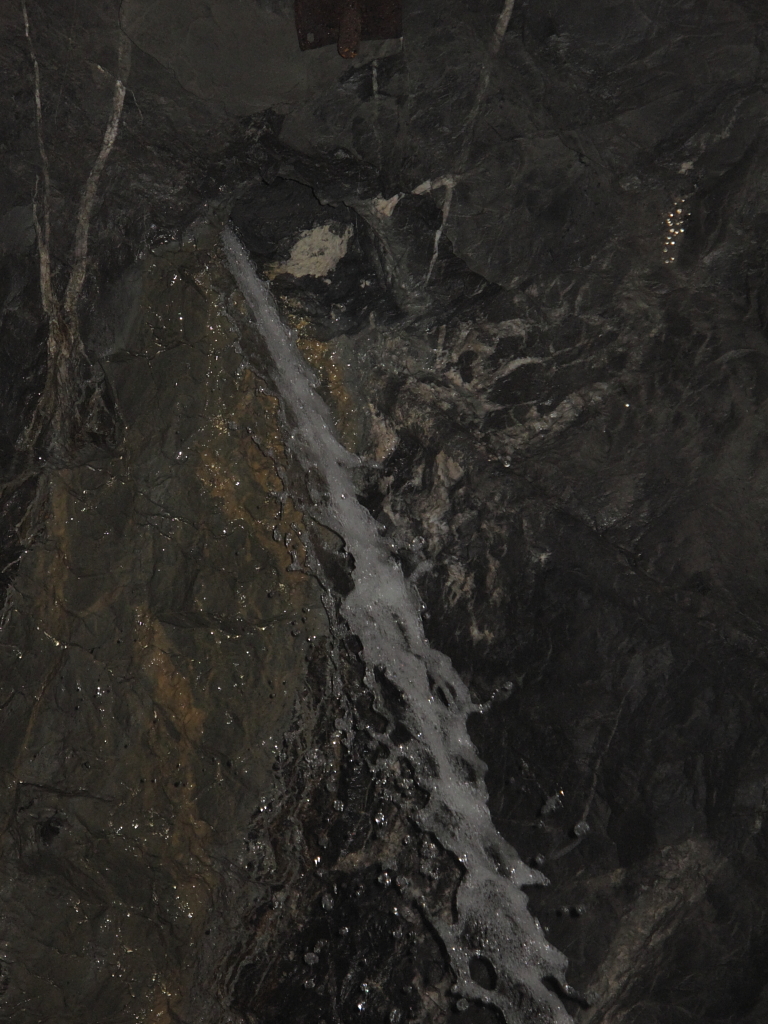 4 Replies to “Tara Mine”