In a previous post I looked at my trip down the Tara zinc and lead mine near Navan in Ireland. After a very nice lunch we were then taken on a tour of the processing plant. The ore is first crushed underground and brought by conveyor to the surface. The whole process is monitored via computers from a central control room. 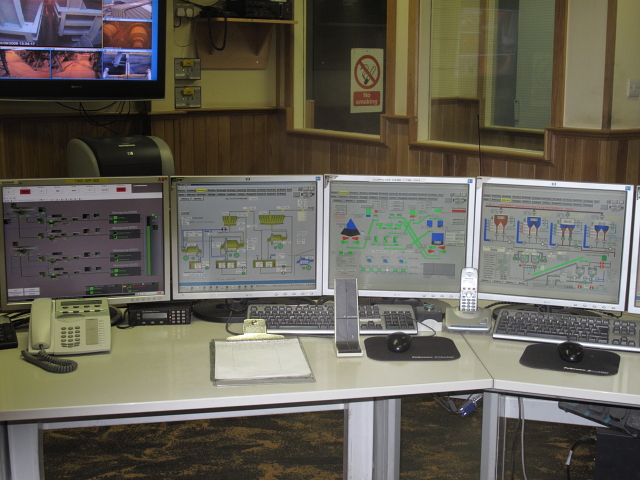 The material is screened and the larger fraction passed to a cone crusher to reduce the particle size to about 16mm. The rock is further crushed in a rod mill (right) and three successive ball mills (centre and left). This gets the ore down to about 75 microns size. This part of the process is imminently being replaced with a new autogenous grinding mill which actually uses large blocks of ore rather than rods or balls do do the grinding. 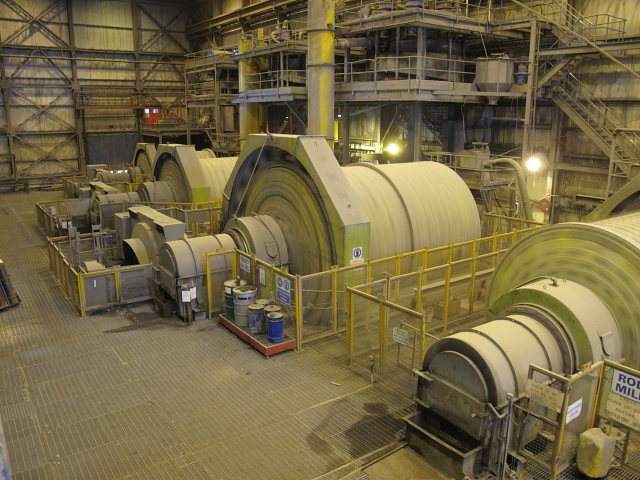 Mineral separation is undertaken by froth floatation. First lead and later zinc particles are made hydrophobic by adding a surfactant or collector chemical to a slurry of water and powdered rock. This slurry (or pulp) is aerated, creating bubbles and the hydrophobic ore particles attach to the air bubbles, rising to the surface forming a froth. The froth is then skimmed removing the ore. The slurry passes through several banks of ‘roughers’ removing 75% of the lead and 93% of the zinc. 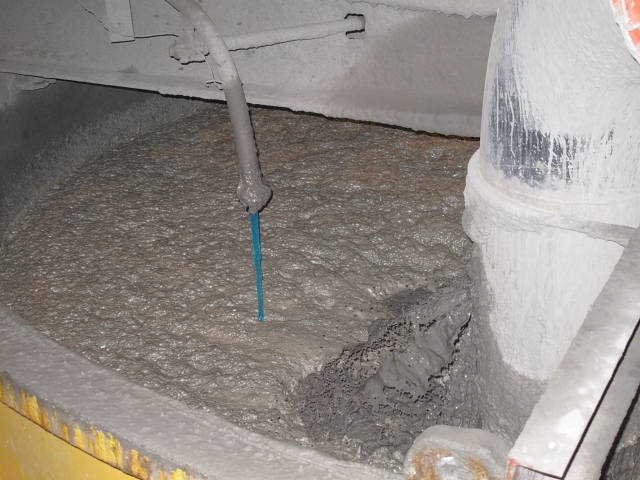 The ore froth then passes to large settling tanks where the mineral concentrates then settle out. 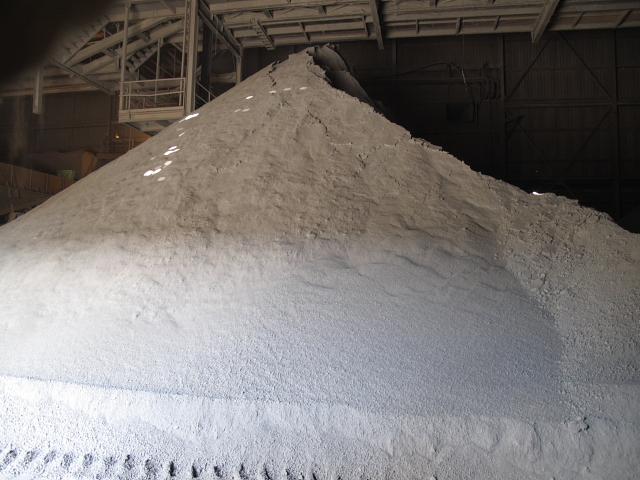 Thanks to the operators of New Boliden Tara Mine for their fascinating visit.

Note: I’m just about to embark on a very heavy teaching semester – blogging will be light

6 Replies to “Tara Mine II”