Here is the seismogram of the M7 earthquake in Haiti on January 12, 2010 recorded at Keele University, UK. 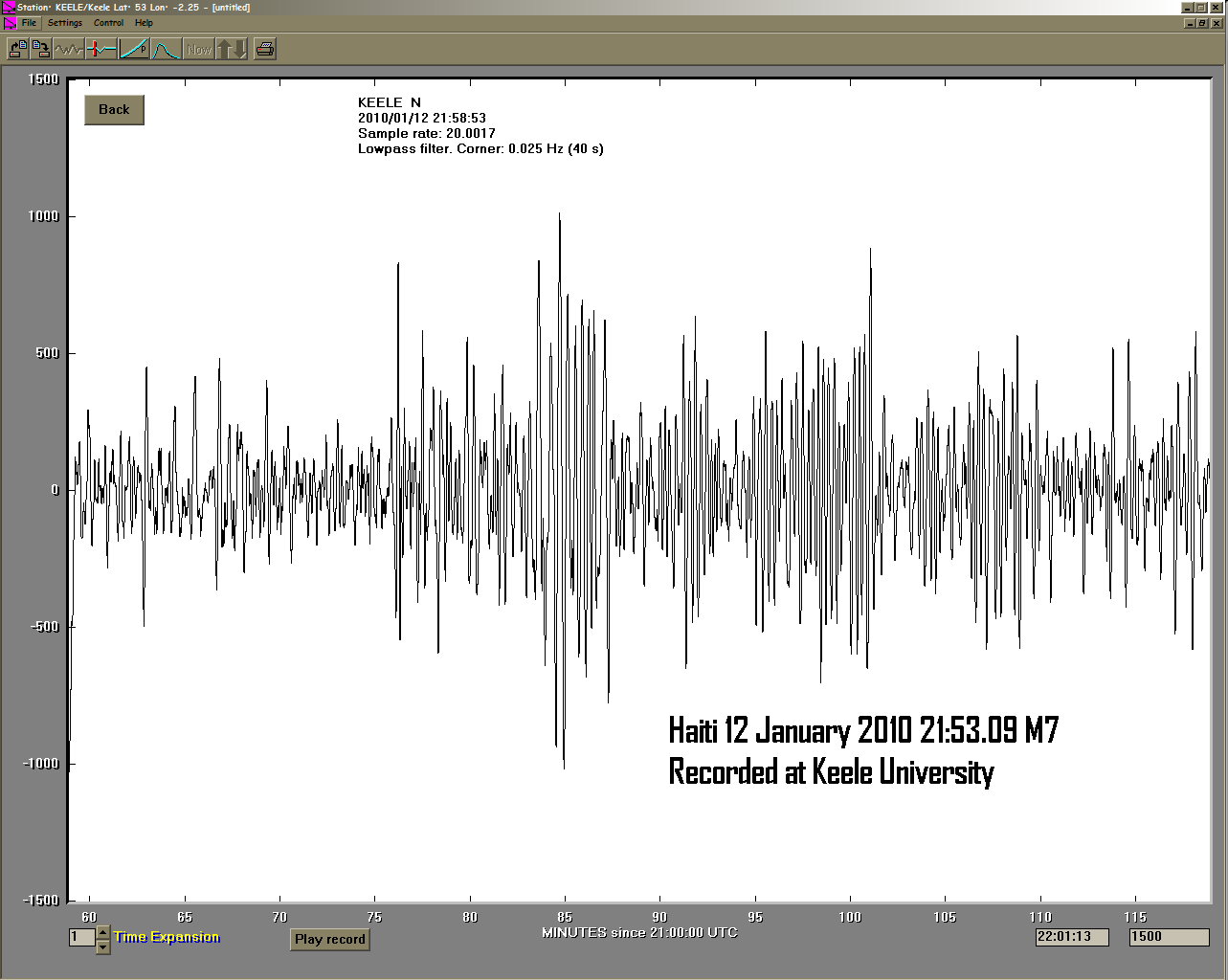 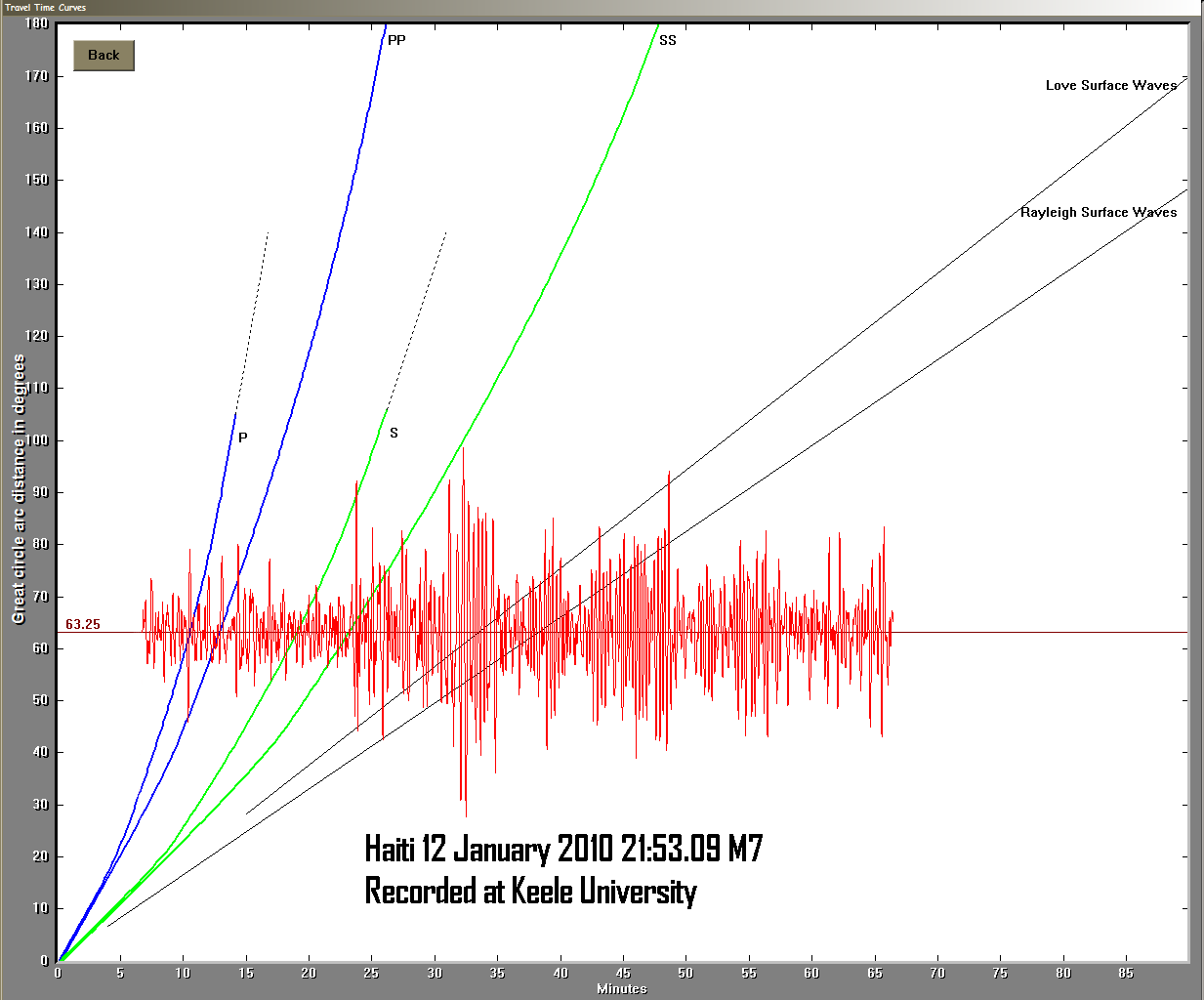 This earthquake doesn’t appear to be that well recorded but the P and SS phases are identifiable.

The earthquake was a shallow left-lateral strike-slip earthquake along the Enriquillo-Plaintain Garden fault system, essentially a major component of the plate boundary between the North American and Caribbean plates. The Caribbean plate is moving eastwards with respect to North America by about 20 mm per year. 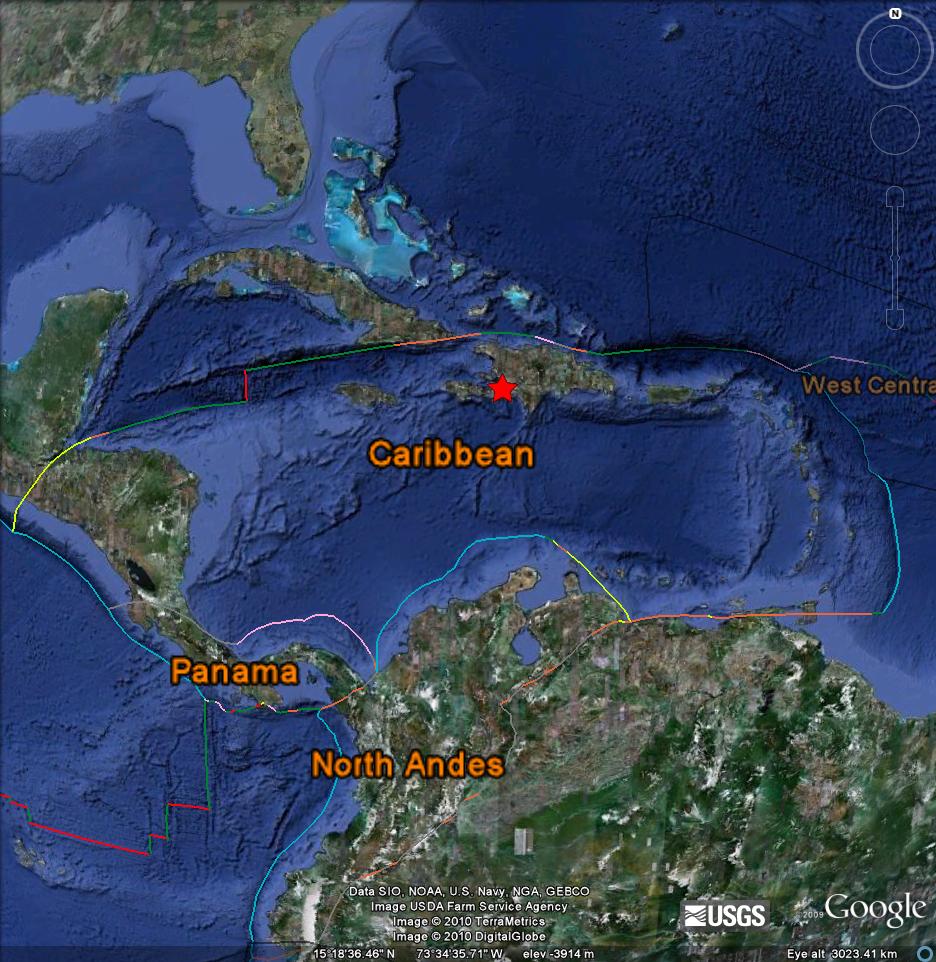 Much more on the tectonics of the area from Chris Rowan at Highly Allochthonous.

Recorded as part of the UK Schools Seismology project.