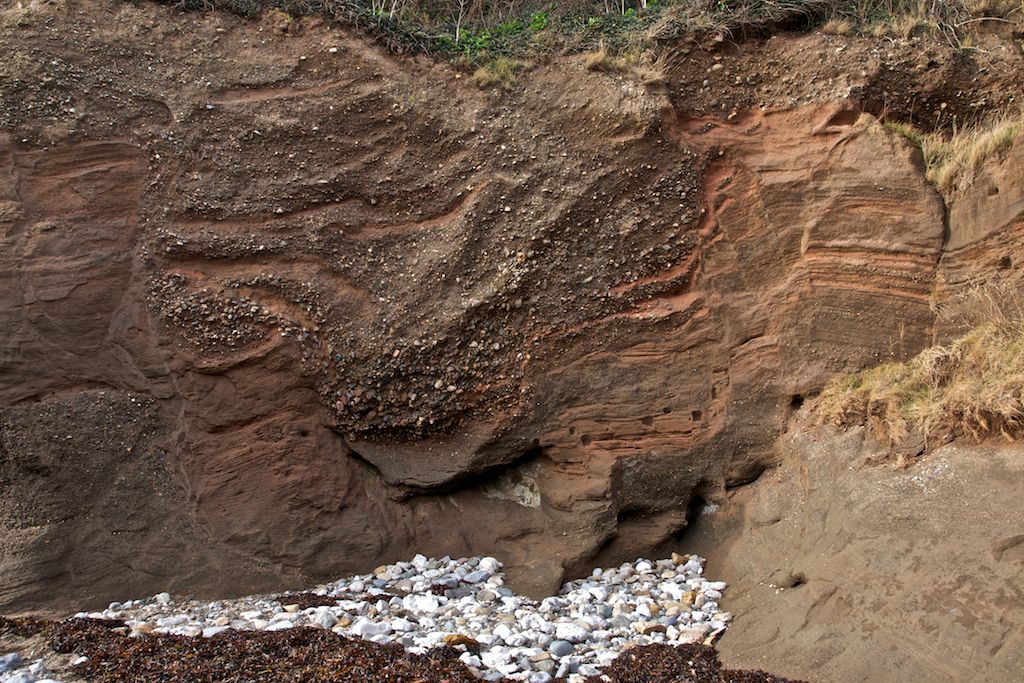 A couple of years back I started doing some geophysics surveying over some local glacial sediments. It turned out that these morainic sediments were quite strongly deformed, first by thrust compression by the ice front and then with normal faulting as the ice retreated and the moraine ridge collapsed gravitationally. Glacial sediments have never been particularly that interesting to me, coming as I do from a more structural, ‘hard-rock’ background they have been little more than ‘soil’, but the structures did intrigue me.

Last weekend I was invited to attend the 11th Glacial Landsystems Working Group field meeting on the island of Anglesey in North Wales. As I said, a weekend of looking at ‘dirt’ wouldn’t normally appeal that much but it has been a very hard semester teaching so far so any excuse to get out in the field was good enough for me. We spent much of the first day looking at localities where the sea had cut sections through drumlins. There was some good discussion about whether the material in (or is it under?) the drumlin was actually glacial till. I think we decided it wasn’t.

However, it was on the second day where we visited a section with some unusual glaciotectonic features. This is the section at Lleiniog, on the shore of the Menai Straits through fluvioglacial sands and gravels.

The main gravel channel location would appear to be controlled by faulting on either margin. The faults are unusual in that they are near vertical. They are not strike-slip as the pebbles and cobbles can be seen to rotate into them on the left channel margin. 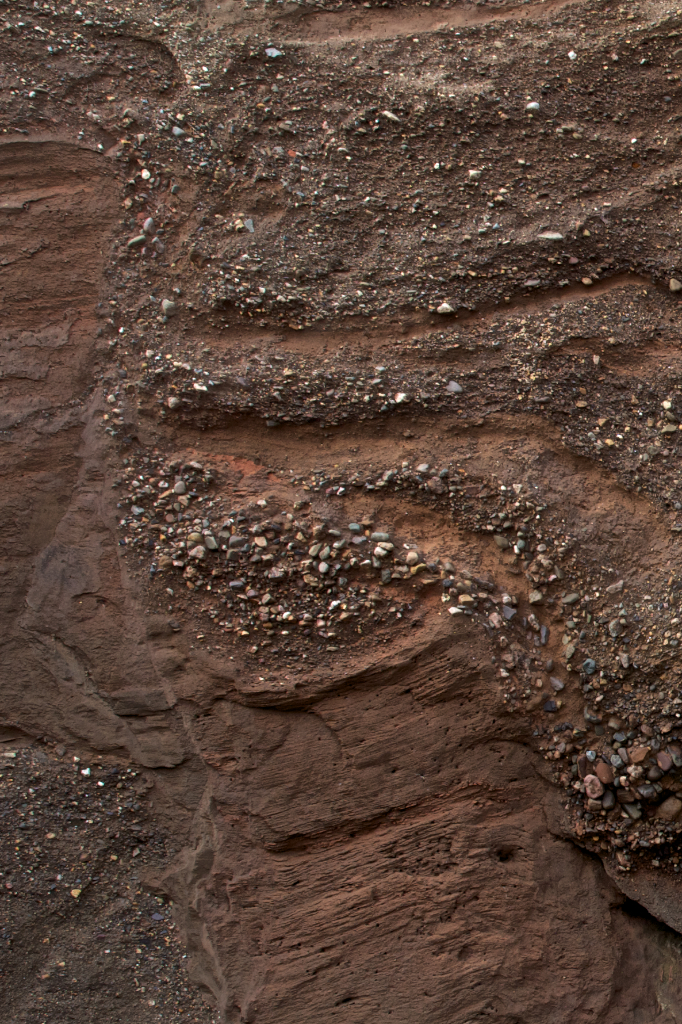 On the right-hand margin of the channel the faults have apparently rotated to that they now appear to have a reverse offset. 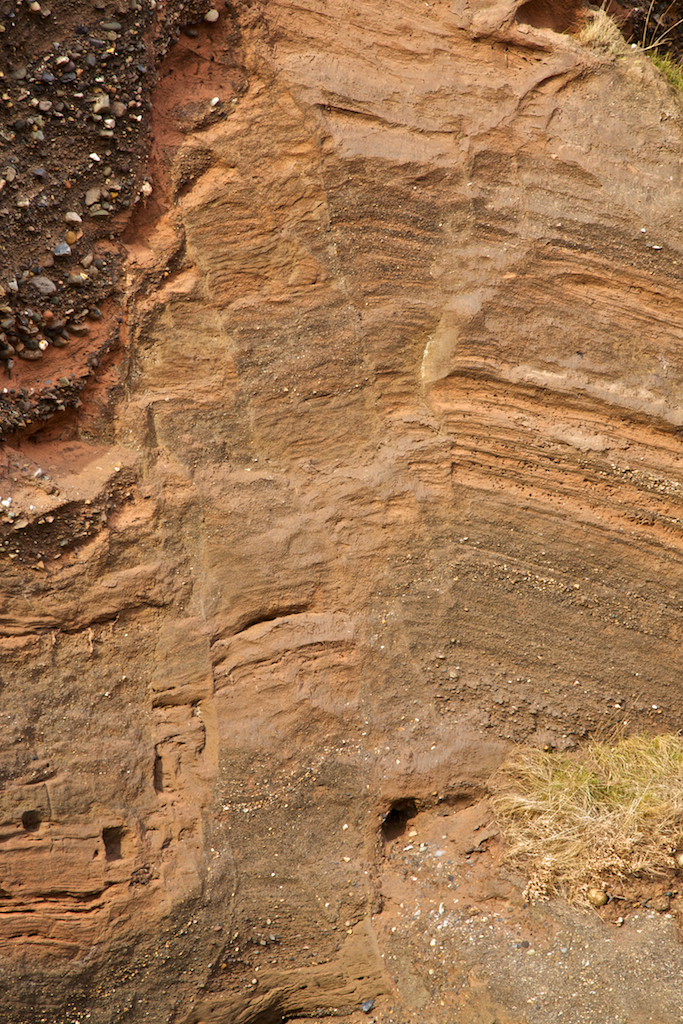 One theory for the formation of the structure is that the fluvioglacial sediments were deposited over a large block of ice which then melted out, causing the overlying sediments to collapse downward and channel concentrating in the still downfaulting region.

I’d like to thank the Glacial Landsystems Working Group for their hospitality over the weekend and I’ll finish the post with a couple of Anglesey coastal landscapes. 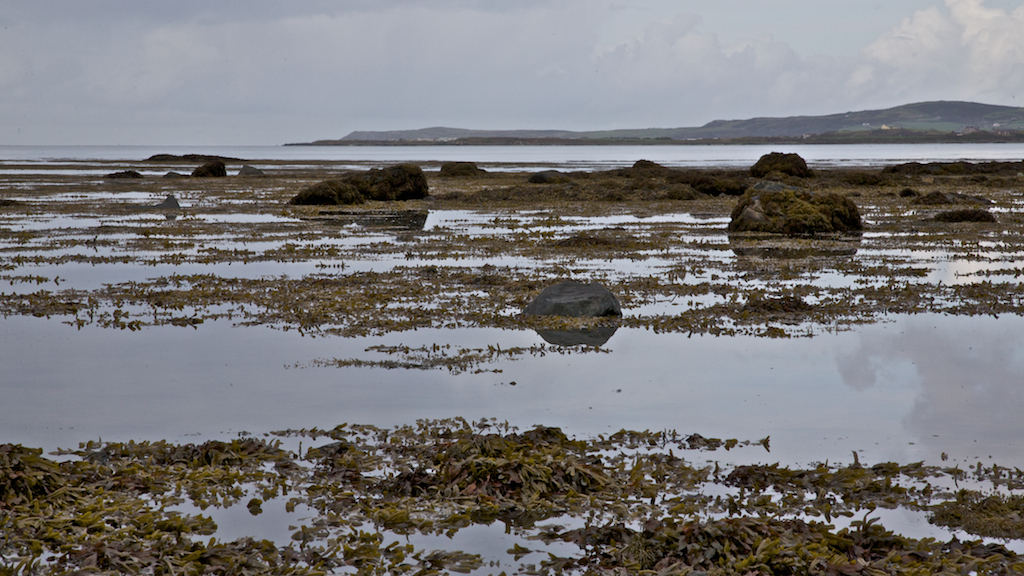