So, the project to photograph a rock every day for 2010 has finally come to an successful completion. The original idea, foolishly conceived around a camp fire in a Bedouin encampment on the edge of the Sahara desert in Morocco last New Year, became Rock365. It never really was a chore, but there were times around the Dog Days of August that I did wonder if I’d have the energy to finish it. The closer I got to the end, the more paranoid I became about not missing a day. Only once did I forget during daylight hours but my better half’s photographic lights saved the day.

It generally took about half an hour for each photo. The majority of hand specimens were shot using natural daylight, a 100mm macro lens and my Canon 5D camera with up to 30 second exposure time to get a decent depth of field. For cut surfaces I found that smearing hand gel over the surfaces gave a better depth of colour and wasn’t absorbed or evaporate as fast as water did. Some images have had their colours tweaked a bit (like the image above) but I think it works better as an image – it looks like a thin section but actually is just a macro. Images were mostly processed using Aperture. Each image was uploaded to my posterous site, my flickr account and added to my Rock365 google map.

Geotagging the images probably to the most time. Trying to track down mines and quarries was one of the biggest challenges, particularly from specimens from Keele University’s excellent rock and mineral collection which I had to resort to when I ran out of my own specimens. For this I found the resources of Mindat invaluable, with just not only mineral and location information but also occasionally latitude/longitude co-ordinates of the mines. I’ve tried to be a accurate as possible with the locations, but some of them had to be an educated guess. The unknown ones I just put at Keele.

Only twice have I been really stuck, when travelling and had to resort to photographing the stone floors of Gatwick and Casablanca airports with my iPhone. Two days in Birmingham also proved challenging as most of the buildings were brick or concrete/glass. The last ten days, spent on the island of Madeira had to focus on basalt as that is all of which the island is composed.

It helped having mini-themes to concentrate on, such as erratics, staffordshire building stones, mantle rocks and meteorites. This strategy does help you keep ticking over. 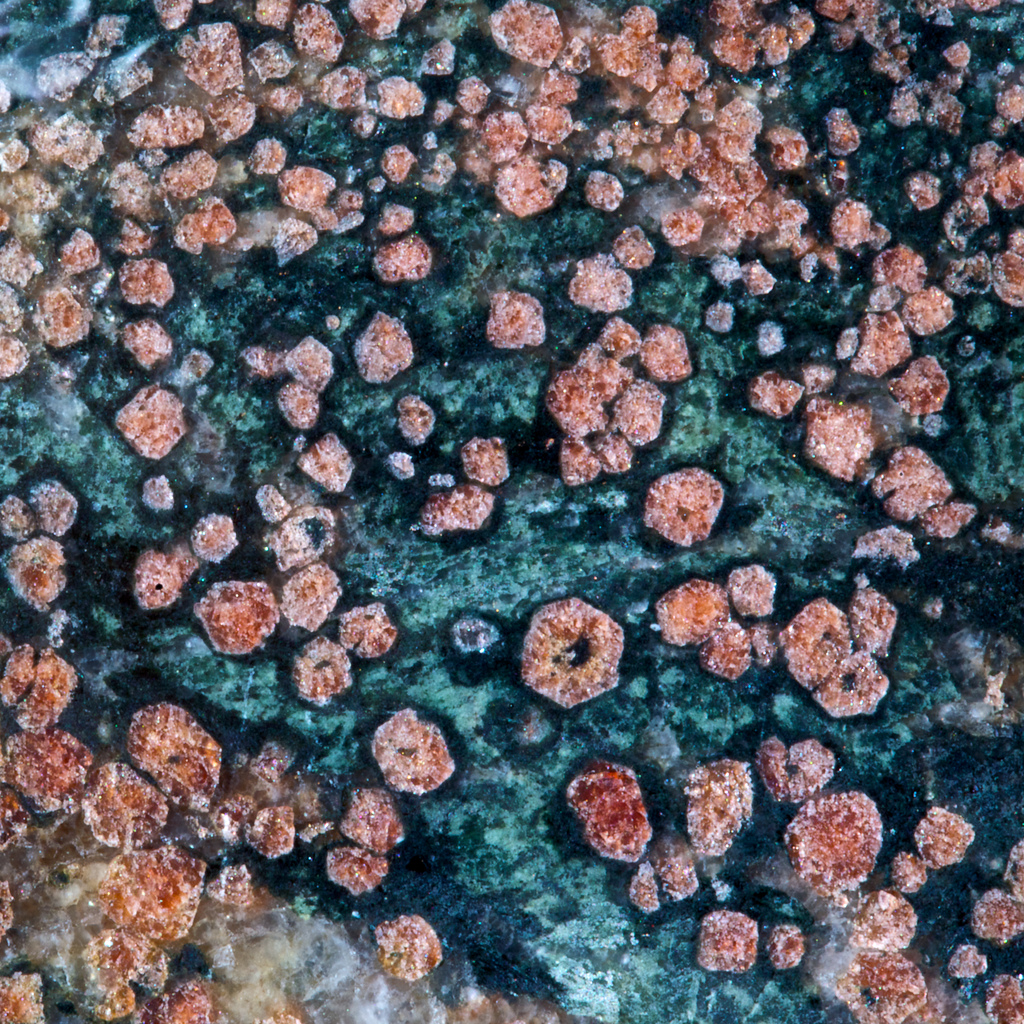 I suppose my favorite images have to be the metamorphic and igneous rocks. It was in these areas, along with geophysics, that I specialised in for my geology degree thirty years ago, and they still hold a particular fascination. Note that fossils don’t feature much. I have always maintained that the only good fossil is a strain marker!

Anyway, if you have been following the project, thank you. It has, in retrospect, been fun to do. Yesterday was the first day in over a year that I haven’t taken a single photograph. This was deliberate, to make the break and move on, but it did feel a very strange thing to do. I’ll try and return to ‘proper blogging’ on this site as it has been a bit neglected of late as I have had a lot to do with work and the Rock365 posterous posts took precedence.

Have a happy, prosperous and peaceful 2011 and I’ll leave you with the complete Rock365 google map. Note that there are two ‘pages’ of locations on the map so about half the world coverage is actually on ‘page two’.