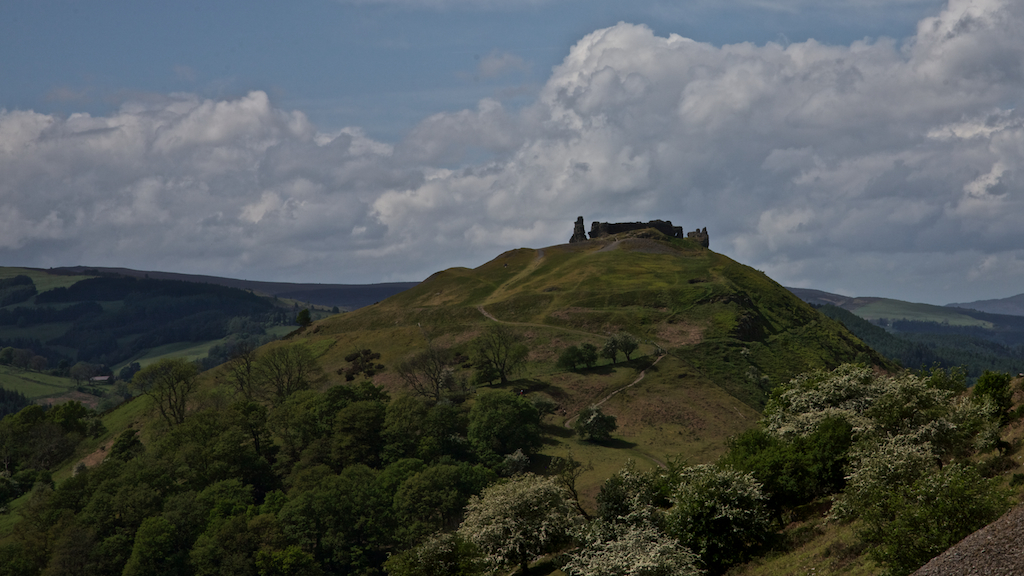 Situated on the site of an Iron Age hillfort whose embankments can be seen on the slopes, the castle seen was probably built in the mid-1200’s and only occupied by the princes of Powys Fadog for a couple of decades before it was destroyed by fire in 1277 during the invasion by Edward I’s army.