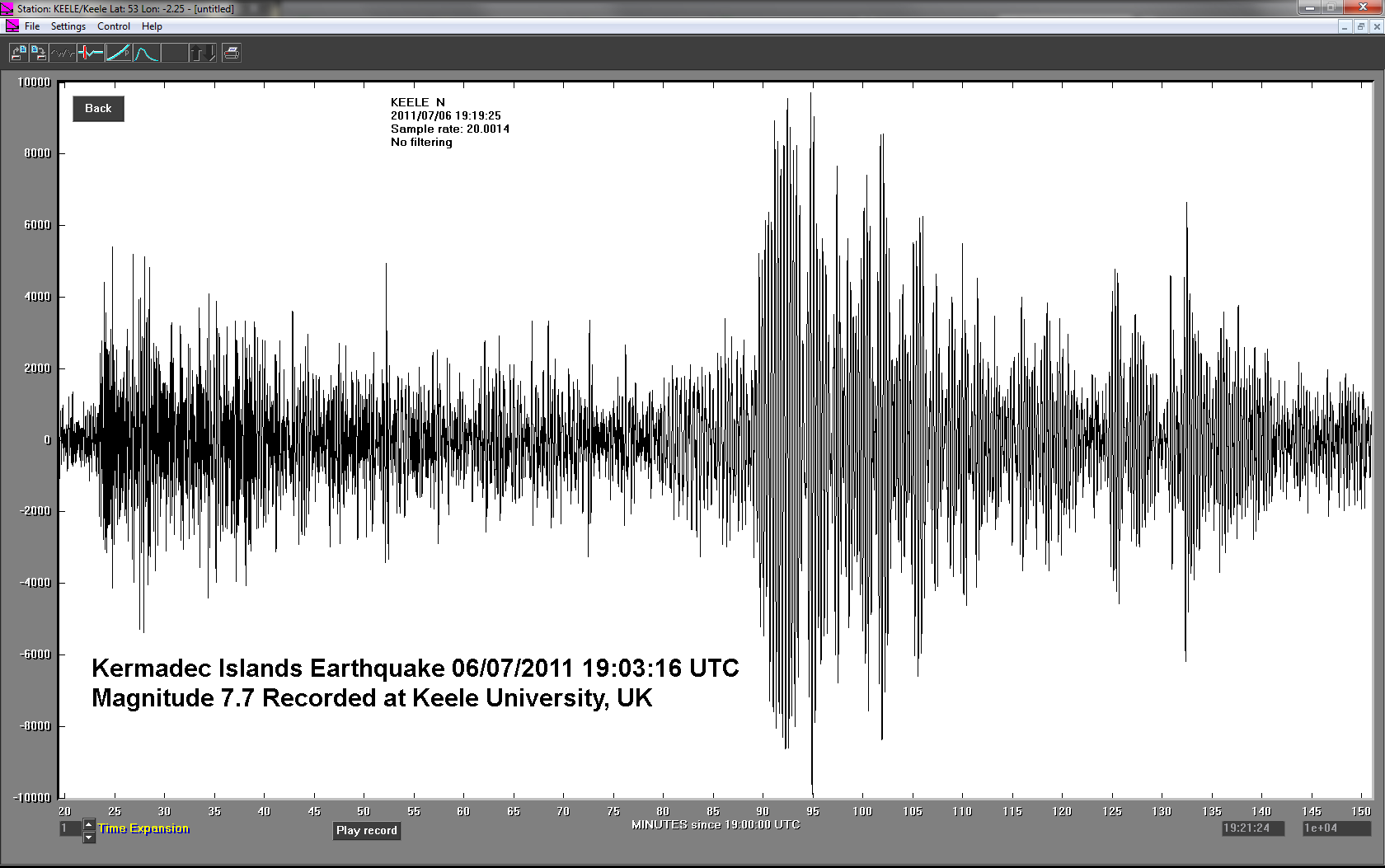 This is the recording of the large Kermadec Islands earthquake of June 6, 2011, recorded on our schools seismology SEP seismometer here at Keele University in the UK.

Being at an epicentral distance of 155.3° from the epicentre, the first arrival is the PP phase as the direct P-wave is obstructed by the core.

The event is somewhat unusual as one would normally expect an earthquake of this magnitude along a subduction system to be a low-angle thrust event along the plate boundary between the Pacific and Australian Plates dipping gently to the west. However, the CMT focal mechanism determined is one of a normal fault. This event is right on the trench so it was possibly caused as the subducting Pacific Plate is forced to flex in order to subduct beneath the Australian Plate. The historical data show a magnitude 6.6 event from 2008, also on the position of the trench with a similar mechanism.

The ‘quake seems to have caused a ~1m tsunami wave locally but a more regional tsunami alert was cancelled.

Further details from the USGS.