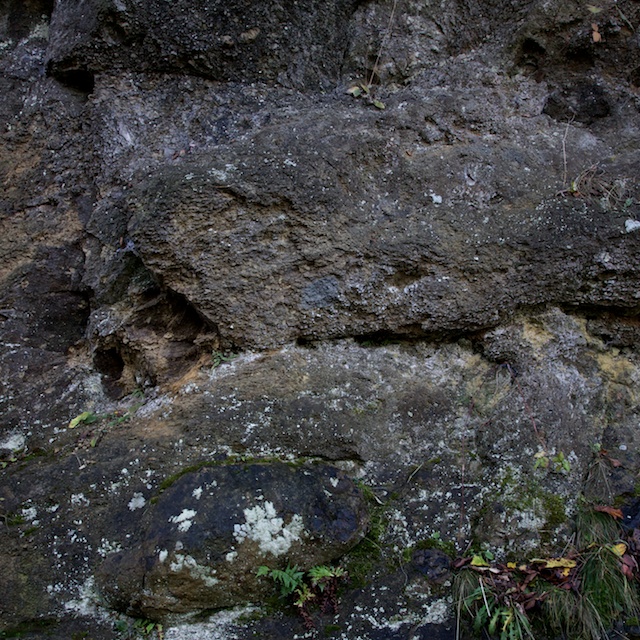 With the current interest in El Hierro, the island in the Canaries that is currently experiencing an underwater volcanic eruption, I thought I would post some images from the eruption of volcanic lava into the sea some 330 million years ago. In the picture below, the lava is entering from the right with the background sedimentation of the Carboniferous Monsal Limestones seen to the left. 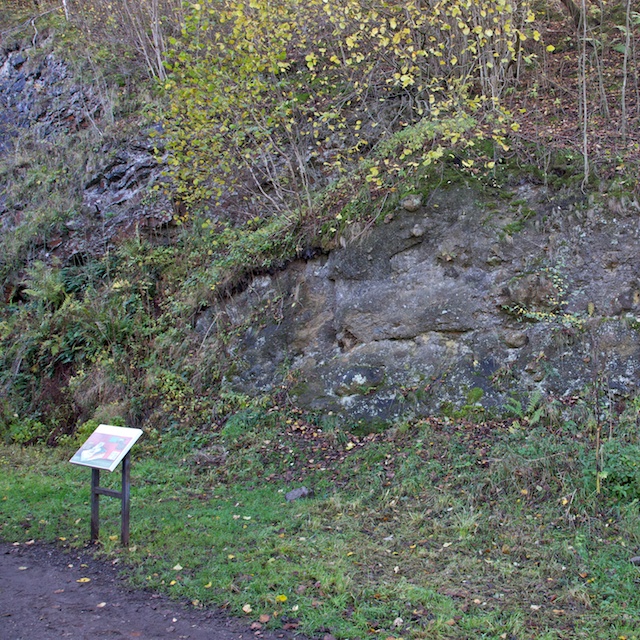 This is the site near Litton in Derbyshire where the Upper Miller’s Dale lava entered the Lower Carboniferous epicontinental sea. The resulting rock is a hyaloclastite. The basaltic lava entering the sea water produces thermal shock and stream explosions that fracture the rock.

This section is on the Monsal Trail, a former railway line that has been converted into a walking/cycle trail. The tunnels, which until recently were bricked up, are now paved, lit and open allowing easy access to some really nice exposures. By the entrance to Litton Tunnel is further evidence of Lower Carboniferous volcanic activity with a bentonite ash layer (yellow, on right). 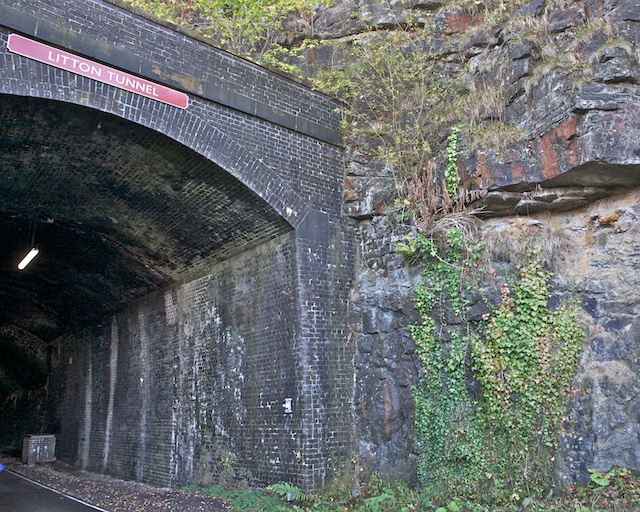