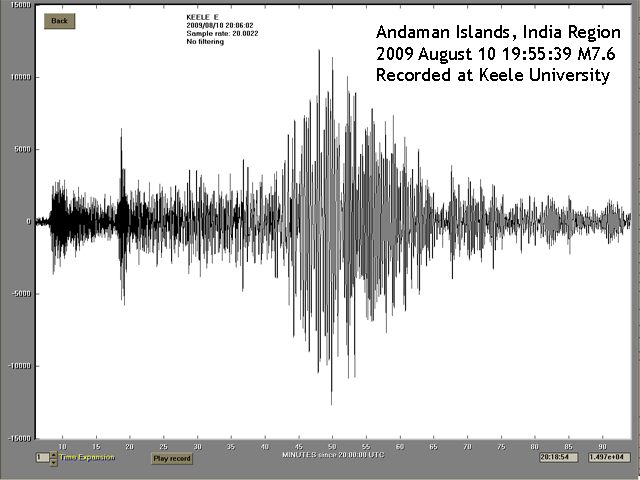 The second large earthquake in two days, this time in the Andaman Islands region, at felt around the north east Indian Ocean coastal areas.

It is also interesting to compare the seismogram from this earthquake which had a depth of about 30km with the previous day’s earthquake in the Izu Islands region of Japan. Note the diminished surface waves from the deeper Japanese earthquake. 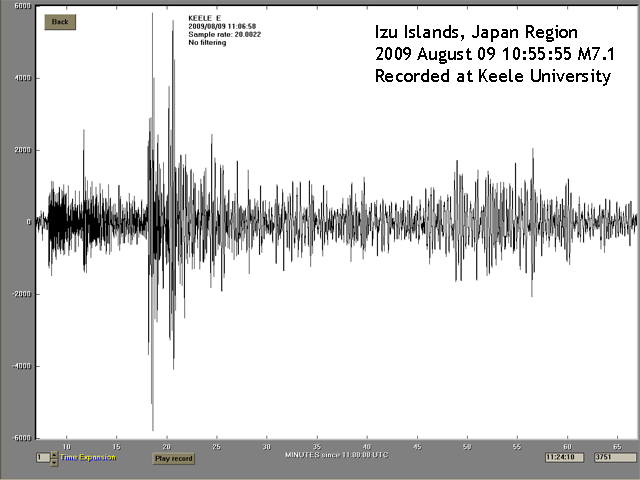 More details on the Andaman Islands earthquake from the USGS here.

This earthquake was recorded at Keele as part of the UK Seismometers for Schools project.

The first of two large earthquakes in two days, this earthquake occurred south of Japan and was felt extensively there. At about 300km depth, there was no chance of a tsunami being generated.

More details from the USGS here.

Part of the Seismometers for Schools Project