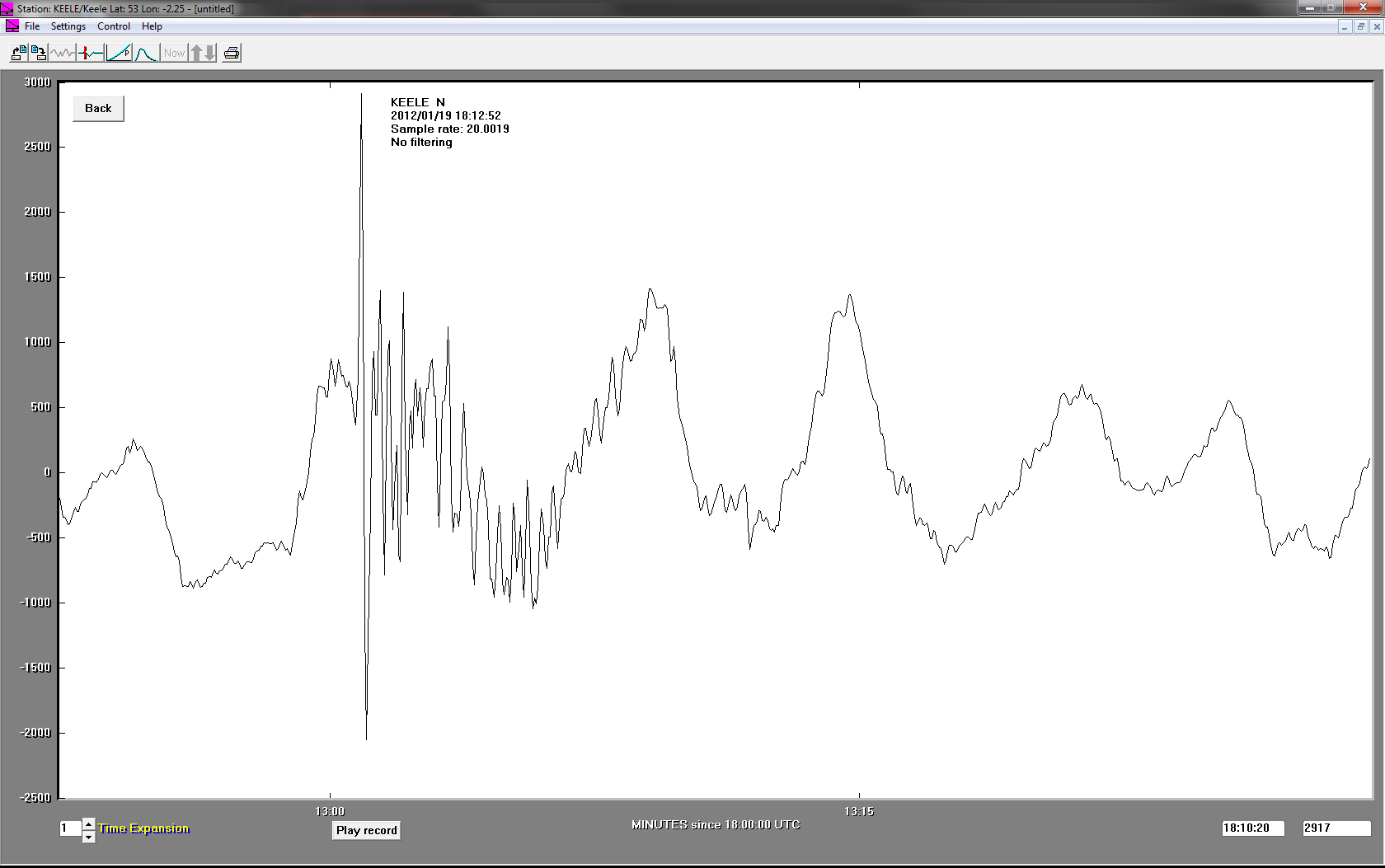 Another Stoke-on-Trent earthquake, magnitude 1.8 occurred yesterday (January 19, 2012) provisionally located near the village of Bagnall, similar to the earthquake on January 11. Above is the recording from Keele University.

If the location of these two events remain this far east, I may have to revise my initial assessment that they are coal mining related since this area is outside the Coal Measures subcrop. 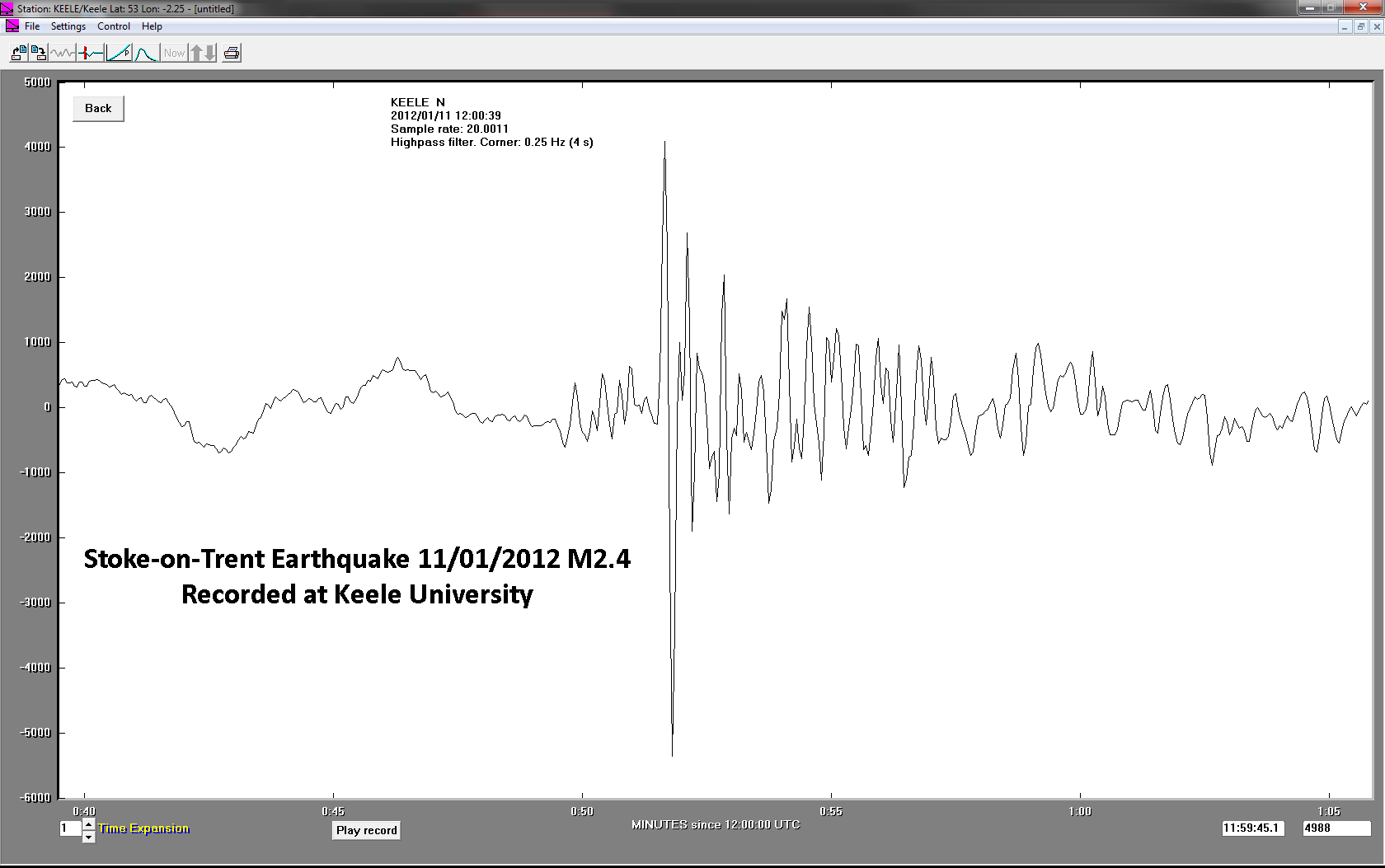 Yesterday Stoke-on-Trent experienced a minor, magnitude 2.4 tremor that we picked up on our seismometer at Keele.

I think that the official location, near Light Oaks, is a bit too far east as it is almost certainly a former coal mining induced event and the main coal measure sequence is further west. It will be interesting to find out where the felt reports come from.

We haven’t had earthquakes in the north of the city since the Smallthorne sequence of 1988-1990.

It is interesting that we have coal mining induced events of this size and nobody turns a hair, however, if it had been shale gas extraction related, the world would be about to end. 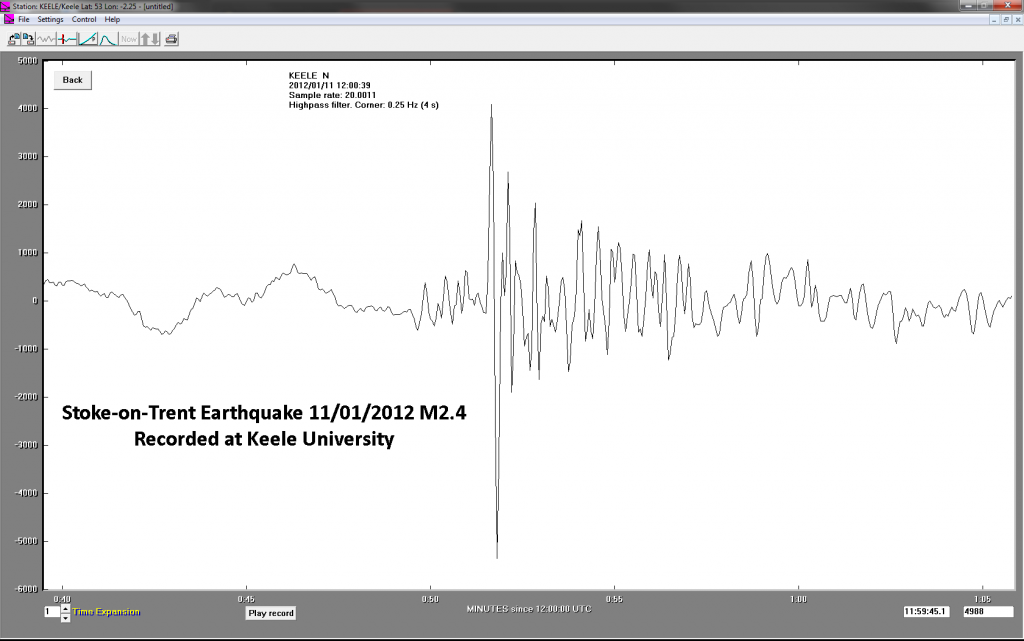 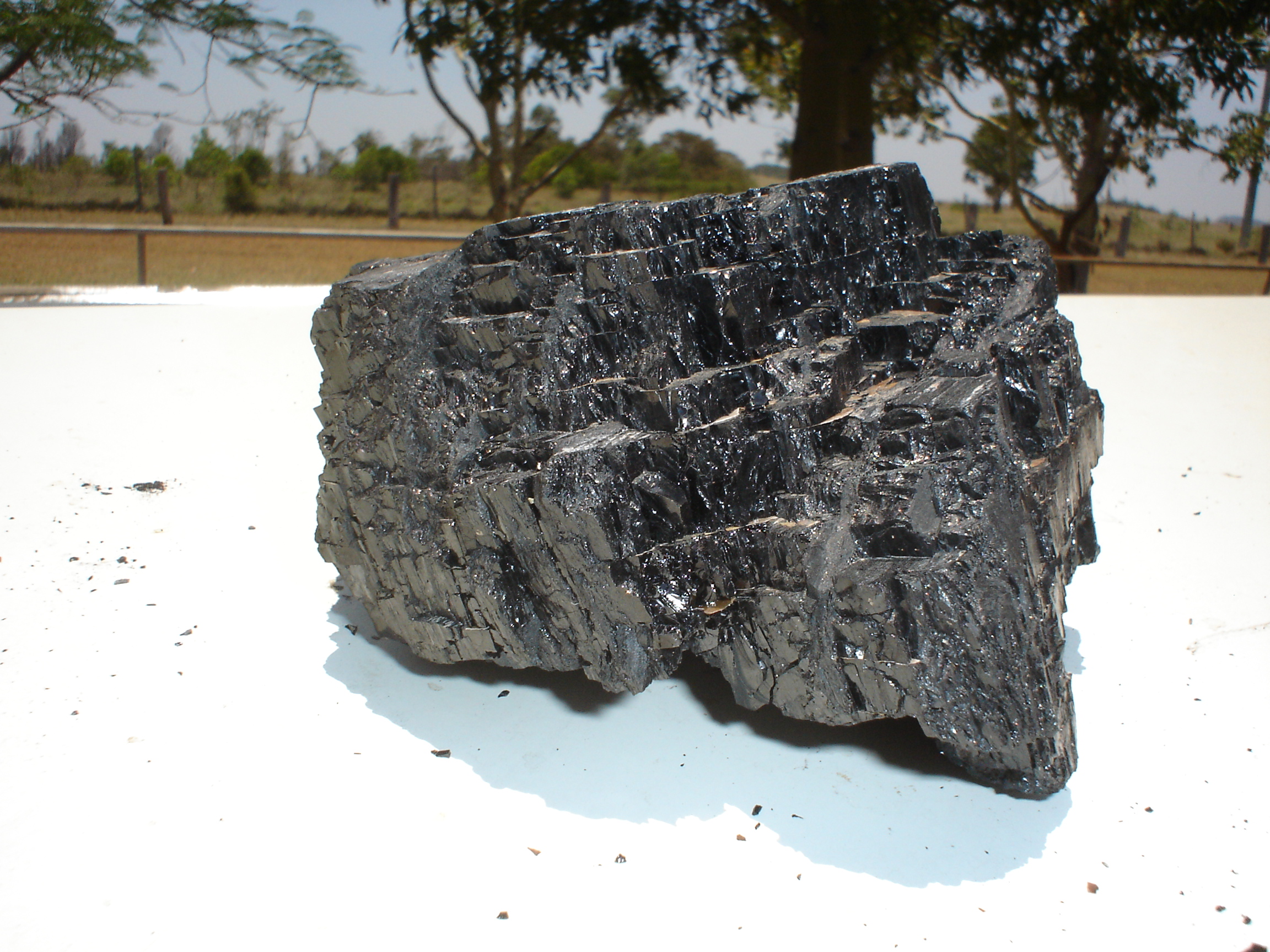 Once again I find myself returning to a previous blog post with reference to the latest Accretionary Wedge, this time hosted by Evelyn Mervine of Georneys. The theme this month is favourite geology words. This is so difficult. I love the english language and the origin of words. In my first year structural geology course I try and include the origin of technical terms partly because I think it might help people remember them (e.g. graben = ditch in German, imbricate = roof tiled in Latin) and partly because I love the words themselves (e.g. parautochthon = nearly native [alongside the Earth itself] in Greek – I’ll leave Chris & Anne ‘allochthonous’).

So, what do I go for? As I have been working on Staffordshire geology for several years and the county has coal fields in both the north and south of the region, I have come across several old mining terms in the literature and many are, I think, beautiful words that need recording before they are lost forever. For example, Baum-pot is hole left by the removal of a tree stump from extracting a coal seam below (or a calcareous nodule in the Halifax Hard Coal); Bibbley Rock is a conglomerate; Clod-tops are clays above a coal; Creeshy Bleas are nodules of bituminous shale which fall out when the coal is worked away from beneath them; Horse Beans or Shaggy Metal is a stratum of a granular structure immediately overlying rock salt beds; Quoiceneck is greyish black clay with shining surfaces; Rattle-Jack is a carbonaceous shale. There are several other lovely geological mining terms given in a previous blog post.

A little more common, but largely unknown outside of coalfields is Cleat or otherwise known locally within Britain as back and cracks, board-way’s course, hugger, nannies, reed, smooths, thread or veises.

The origin of cleat is somewhat debated. It appears to be extensional in origin and therefore, in least in part, due to contraction in coal formation as the carbonaceous material is devolatilised. However, if this was the sole cause then it would be expected that cleat would form a hexagonal pattern, similar to columnar jointing. Cleat, however, typically forms a rectangular pattern, with two types of cleat at right angles to each other and the bedding planes. One set of cleat, face cleat, is dominant and through-going. The other set, butt cleat, terminates at the face cleat planes so must be later than the face cleat. The orientation of face cleat can be consistent over large areas (in England it is typically north-south) so must tectonically controlled (in this case by a regional east-west extensional stress field). It is thought that the butt cleat forms as a result of later uplift and exhumation.

Although cleat has been a largely ignored and somewhat obscure structural feature, its properties are gaining a resurgence with the advent of coal bed methane extraction. Dropping the pore fluid pressure in a coal seam by draining the water allows the cleat to open up and methane released from the coal can travel to an extraction well via the permeability provided by the cleat. The degree and orientation of cleat development can therefore strongly influence the productivity of CBM. As the cleat is well-developed in North Staffordshire we have high hopes for our own CBM project.

So, I nearly went with cleat as my favourite geology word, but I really have to go with something more local and Staffordshire in origin. The Staffordshire Coal Measures have, in places, been quite strongly folded during the Variscan Orogeny. Where a thin shale is over- and underlain by sandstones, the less competent shales can get quite strongly deformed by thrusting or flexural-slip folding. The black, carbonaceous shales get contorted, burnished, and highly slickensided and were locally known by the miners as Hussle. Where the shales were not carbonaceous the miners of the Staffordshire/Derbyshire moorlands called the rock Crozzle. I think that this has a wonderful local, rural ring to it, so that is my favourite geology word – Crozzle.

I extracted the geology relevant mining terms in a previous blog post “Do you know your crozzle from your hussle? from the following:
Gresley, W.S., 1883. A glossary of terms used in coal mining, E & F.N. Spon, London. 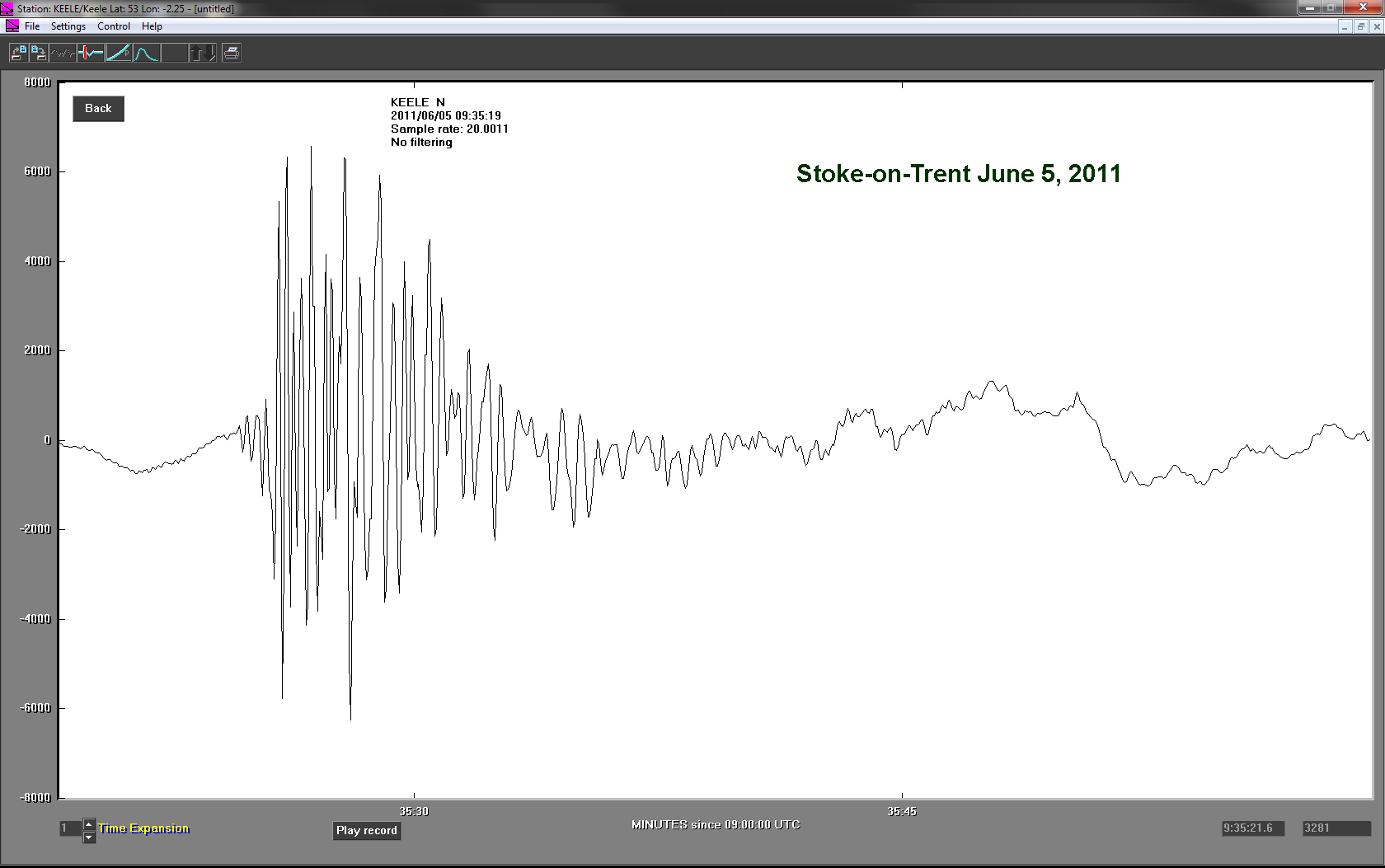 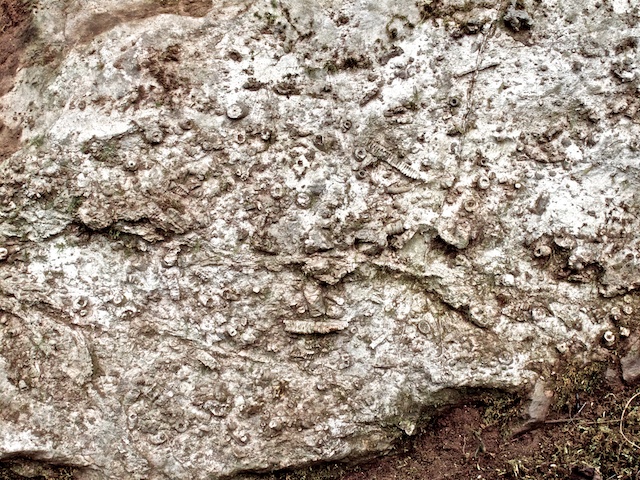 Time to catch up on some blogging. For a start, I’ll go back to March 12, when myself and a group of volunteers from GeoConservation Staffordshire restored the exposure of the Milldale Limestone at Sparrowlee Cutting on the Hamps and Manifold Geotrail.

The restored cutting revealed a small thrust fault (climbing upwards to the right from the rucksack – above) and a localised pocket of crinoid debris (below) in the Milldale Limestone that probably haven’t seen the light of day since the Manifold Valley Railway was active in the in 1920s.